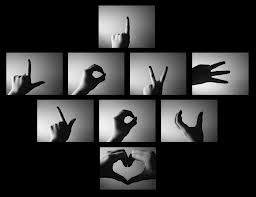 Words and actions, words as action … words … only the meaning you give to them.  It’s been said that action is louder than words, really?  Have you ever read a book that changed your entire life?  Has someone said one word to you and your whole day change?  Recently someone just said two simple words “Empty Mind” and a whole Rap Song/Poetry appeared (the beats need work).  So words can create (seemingly) and inspire action.

Once spent some time attempting to teach people from other countries words from the English language through the dictionary.  It seemed like an impossible task.  Just about every word has more than one meaning and so attempting to explain to someone with “words” that the same word can have two (or more) different meanings made it very complicated to communicate.  This may have been the beginning of the spark that led to “no words speak the Heart.”  That actually the Heart Speak is before the words and what the words ride on and to pay attention to that.

How can one begin to see this?  Let’s take a saying that is said a lot (which is great it’s one of the best to say and truly is the only thing we are ever really saying both with words and without no matter how it appears in reality), “I love you.”

Ultimately you know, what Love is, whether you are aware of it or not, because you are IT.  However, this saying can be heard in many different ways because of the life experiences that we have and how covered over we become by those experiences.

In this world if you say “I love you,” there usually are expectations around it, but that is not Love, that is “you love me and “I” will love you back.”  It is a game of give and take and if you don’t do what “I” want then “I” will not love you anymore.  That is not the Love that is being spoken of here.  The Love that is being spoken of, doesn’t change, doesn’t move, isn’t dependent on it’s return, it just IS.  It is willing to have the pleasure and the pain of Loving.  It knows the depths of the saying “There is Beauty in the Pain.”

You will find that many of the greatest Artists, suffered the most tragedy (by this worlds standards) to create the Masterpieces that bring about the emotion of Love (in all its forms, which is all forms).  It is the willingness that when one loses in Love, they reap the reward of Love itSelf.

Now back to words.  Saying “I Love You” to someone is natural, we have made it into something possessive, but it is natural to Love.  Just because you love someone doesn’t mean you get to own them, it means you get to Love them.  Loving is the Gift not the person, the person is the Gift that you get to see Love through, but when you make it so that it is only that person, then you block the love that is all around you, and yet when you become aware that Love is not limited, it grows.

If you have children this is easy to see, if you have more than one even easier, when you have your first child you love them so much, there is nothing you would not do, then if you find you are having another child you may find the thoughts appear that say “How will “I” ever love another child as much as the one I already have?”, but after the child comes, you realize there is no limit to Love.  You don’t love one child more than another.

This is how it is with everyone, not just your children, but Love grows like this with everyone.  The more willing you are to Love people, animals, life itself, the more it grows, you can Love everyone like you Love your children.  Just because one thinks something is impossible, doesn’t make it so.

Recently took a class to learn about motorcylces and had to pick up a 700lb bike off the ground so that if it falls while being riden it can be picked up.  It seemed absolutely impossible, didn’t think there was anyway this massive bike would get picked up.  Slipped a few times and had to change shoes, then it still seemed too heavy but there was so much encouragement to do it, that it was kept on with.  Calmed down, laid back, and slowly eased the bike up with the lower back, took small steps one by one and then the bike was upright.  Had done it!  Didn’t think it could be done, but it was … next another woman made her attempt and she also said “no, no I can’t” and however since it happened for this one it was known that she could do it.  Started cheering her on … telling her what this one had done wrong the first time and to lay back relax and small steps.  She then did it too and we both shared that once we got past the thoughts that said “I” can’t” it happened.  Then we both were cheering the other women on which all of them also seemed to say “no “I” can’t first.”

So this is how it is with Love.  You can Love, without expectation or return, you can Love when it seems there is no Love anywhere to be found and you can Love everyone, even the ones that hurt you, because you are Love. 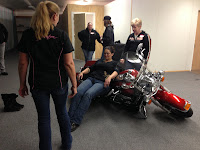 (pic of one of the girls
picking up the bike)

When my mother was dying, there was a moment right before she passed that there was a flash flood of all of our fighting, all of our disagreements, all of the wantings for the other to be some other way than how they are and then there was a Seeing, that we were always yelling “I Love You” even when the words out of the mouth said “hate” and all of the actions had come from Love, the fights had been “because” we loved each other so much and didn’t know how to help the other.

How funny that … two people would fight even physically sometimes, because they Love one another so much.  But they did and they do.  That Gift that we were given before she died, left no doubt in this mind that she loved/Loves me completely.

Everything was healed in that one instant.
Love.

Everything she had ever done in her life in regards to me and everyone else in her orbit came from Love.  And now it is known that it is this way for everyone, even though appearances make it look like it is something else.

Love has no opposite.

This life changing event has deepened over time, it took quite a lot of years to process and now that it has, it doesn’t mean that there is still not hurt here when someone doesn’t return Love (even though they are but it doesn’t look like it) or when we are mean to each other or say things we don’t mean to hurt one another.

Maybe now there will be a crack, where you are not so quick to do it - to lash out and hurt another, that when someone says or does something to you that causes you pain, you look at it from the eyes of Love … first and then react.

However, don’t assume that if you act in a way that seems, unloving, that it isn’t still coming from Love, all things Serve.

If someone treats you in what we call in this world “unlovingly,” they may just be giving you exactly what you need to experience “Love.”

Remembering that we do not know what anything is for, while at the same time Knowing that it is all for Love, is what places the cracks in us so the Light can shine.

There are many techniques that can be used to avoid pain, there has usually been, from this one, a quick sarcastic remark or humor put in so that one doesn’t know that they have said something that hurt.  That pattern is now beginning to be seen, it is just an avoidance of the pain, so now, right now, there is pain that comes up and there doesn’t have to be a story placed upon it about something that happened in a past that no longer exists or a future that will not come.

Face the pain in this moment, which is the only moment one ever is in (check it for yourself, you can’t be out of the moment you are in, it is constant), be willing for the pain to arise, and with no story about it, sit and as you sit you begin to feel and what you feel … what the pain covers over … is Love.  Take the pain to the core of your Being and you will find the Gift that is there waiting for You.
Posted by Unknown at 7:06 AM