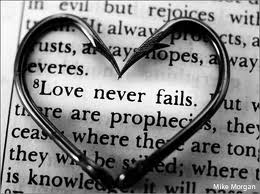 Went to see the movie “Lincoln” the other day and was quite moved by it.  If everything they say is true about him, he was quite an amazing man that shifted the way the world sees things over the last century and will continue to for centuries.  When one sees a movie like this, they may sit there and wonder how people can be so blind to their ways.   However, this blindness to “slavery” continues on today.  There is a “slavery” that continues and it is not race related or gender related (though those are included), it is the ultimate “slavery,” and that is to the mind.

When one is a “slave” to the mind, it doesn’t know that there is anything else.  This is the same as how it was when there was slavery of people.  It just was the way it was.  No one was looking to see if there was any other way of doing things.  This is the same with the mind, not many look to see if there is another way of living, a free way of being and living, where one is not caught up in how the mind says things are, but how they actually are.   This is where Love comes in and since today (at least in the United States is a Holiday in tribute to Love) it seems appropriate to speak on this.

This is how it is with slavery, the fear that if you give, then you will lose.  If only one knew who they gave to.  That saying “Was blind but now I See.”  Is seeing that the one you hold captive is “You.”

Back to Love.  So you are in the dark (slavery, slave of mind) and you become afraid because you don’t know who is there with you, that it is YOU, always and only You.  Now you can open your eyes and greet yourself with a smile or with a frown, but it is always yourSelf you greet.

The “reason” this is not obvious, is because the “mind” continues to tell you it is not so.  That what you see around you, those who come before you, in front of you, behind you, those that show up, not just human, but animals, all life … is YOU.  But not the “you” that the mind/thoughts are telling you … you are.  That is where the confusion comes in, but if you are willing to be confused and not understand how this can all be, but just willing to just have a crack in the belief system, then you will begin to SEE and blindness will begin to disappear.

A Slave of the Mind, thinks that only what it sees, and feels and thinks is real.  Just like a person that had slaves didn’t believe that the man sitting next to him was born equal … different body, equal being.  Now the slavery of the mind says that the one sitting next to you, is not You, because it has a different name, different life experiences, shape and form, but before the name, life, shape and form … I AM … You Are.